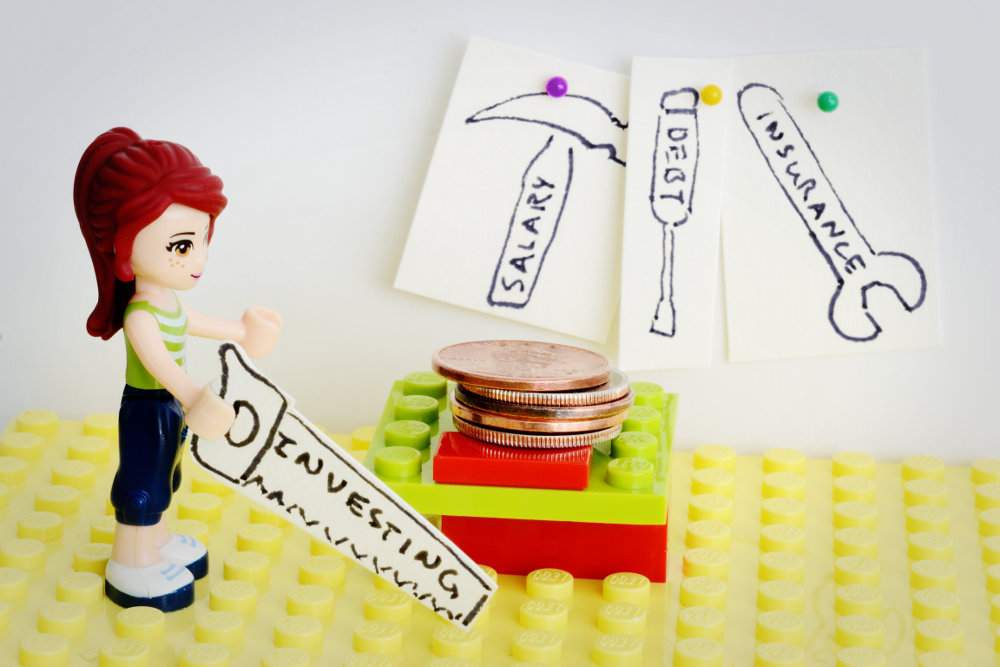 Let me introduce you to a gender gap we women can all get behind: the investment gender gap.

[Note: This article talks about how the “average” woman thinks about money and invests. I realize that some women invest in a stereotypically male way, and vice-versa. And, ultimately, I don’t care about someone’s gender; I care only about their investing behaviors. It’s just that “on average,” women do it better. 😉 ]

Women’s Investing Weaknesses…or Are They Strengths?

There seems to be a disagreement in the industry over whether women are better or worse suited for investing than men are. What are some of the commonly identified characteristics of women when it comes to investing?

Lack of confidence. In general, it seems the research has born this out. (One example.) In the tech industry, I suppose this might still be true. But in my experience, women in tech tend to be quite savvy about finances. (While I was doing market research for my firm, I was delightfully surprised by how many women-in-tech I interviewed tossed around terms like “asset allocation.”) Additionally, they’re accustomed to having to speak up and get answers. It is also the case that the flip side, overconfidence (a stereotypically male trait), is a liability in investing.

Too conservative. Women supposedly don’t invest enough in stocks and therefore accumulate less money (even aside from the effects of earning less). Even if this is true (and Vanguard thinks it might not be), I interpret that investment conservatism as an utterly rational response to the average woman’s situation, in which her income stream is much more broken up due to family-care responsibilities. If you have a volatile income stream, isn’t it prudent to pair it with a less volatile portfolio?

Lack of time and Decision Fatigue. Especially if you’re a caregiver (to kids, aging parents) in addition to your job, especially in a demanding industry like high tech, you have little time and even less mental energy remaining at the end of the day to deal with investing decisions. I happen to think this can be a strength, not a liability.

To wit: If you have no time and no energy left over to manage your investments, mightn’t you put your money in a “set it and forget it” investment, like a target-date fund? That is in fact what this Vanguard white paper shows: “ Women are more likely to hold any target-date fund exposure.” And setting-it-and-forgetting-it is so eminently more successful an investment philosophy than looking at your portfolio and tweaking it frequently.

Investing: a Tool or a Competition?

I have observed that men tend to think of investing as a game to be won. Back in 2007 or so, I remember working at a now-quite-successful-then-a-startup firm as a tech writer. In that capacity, I visited developers’ desks frequently. One such developer was a guy who always had a real-time data feed of a particular stock on his screen.

Did that help him do his job? Um, no. Did it help his portfolio perform better? Doubtful. Did it help that one stock do any better (or have any effect at all on that stock)? Nope. But it was almost like a video game to him, except it was his (real) money he was losing or winning, and his real attention being constantly distracted.

Another story: When my husband quit his job back in February, he made one last trip to the Bay Area. During his farewell lunch, he explained to his co-workers that he was quitting to support his wife launch her own financial planning firm. Two of his male coworkers asked, “Oh! How does she pick her stocks?” [Spoiler: I don’t.]

By contrast, I have found that women tend to think of investing as a tool (one of several) to help accomplish their goals. Who cares about the nitty gritty as long as it’s helping me retire, or send my child to college, or put a downpayment on a home? (To be clear, understanding the basic whys and whats of the portfolio is always important.)

If you are not emotionally invested in your investing, you can make more rational decisions. Trade less frequently. Get rid of losing investments. Buy more stocks after the market declines. And so on.

Here’s how I envision this divide in attitude towards investing:

His investment portfolio and his net worth were absolutely dominated by Google stock and options. Risky stuff. He was surprisingly resistant to the idea of winnowing down his ownership of Google stock. It had performed so well for him up until now,  and it’s such a great company, he protested.

By contrast, as I mentioned in last week’s blog post, I recently spoke with two women whose portfolios are dominated by a single stock of a former employer who hit it big. Both women sought me out in large part because they want to get out of that dominant holding and want strategies to do so.

This is why I love working with women (or people who think in the stereotypically female way about money). Because I feel exactly the same way. And, happily, the Investing Universe rewards that sort of detached, dispassionate attitude.

Verily, I’ve structured my business to reflect that: financial planning first, investing as a complement to comprehensive planning. And at a cost far below the industry average because I know where the value really lies…and it’s not in obsessive investment management.

Where Your Efforts Are Better Spent

If you don’t spend all your money energy worrying about your portfolio, you can husband (ha!) it for more useful pursuits.

For everyone, this means making sure you’re managing your money  in a way that supports your values and your goals. Have you named your goals specifically and figured out how your financial life is going to get you there?

For women in particular, your efforts are better spent on career advancement and negotiating better pay.

I often recommend to younger clients that they focus less on saving (which everyone has heard ad nauseum) and more on spending money advancing their careers. You could take additional classes, get another degree, go to conferences, hire a career coach, or take a job that doesn’t pay as much but has more potential.

Over the many ensuing years of your earning career, you should end up with more money from your increased pay than you would from the extra, say, $5,000 you could have saved each year.

And on a non-financial note, your time would also better spent with your family or friends or your community. You won’t get paid in dollars, but perhaps in something more worthwhile.

We have a finite amount of mental and emotional energy. Spend it wisely.

Do you have the right attitude towards investing but are having trouble making it a reality? Do you want to simplify your financial life so you have the energy to make a bigger impact in your career?  Reach out to me at meg@flowfp.com or schedule a free 30-minute consultation.

Sign up for Flow’s Monthly Newsletter to effortlessly stay on top of my weekly blog posts and occasional extra goodies, and also receive my Guide to Optimizing Your Stock Compensation for free!