Yes, You’re Soulmates. But Do You Need a Prenup?

When you hear “prenup,” what do you think of? If you’re like me, it’s a vision an old rich white guy trying to take advantage of a less powerful, younger wife. Or possibly the idea that you’re planning for your marriage to fail. But it turns out, I’ve been rather narrow in my thinking about prenups.

And as more women work in the tech industry, and earn more money, and are increasingly the primary breadwinner,  is it time for women in tech to start thinking more seriously about prenups before they get married?

Thinking of a prenup, I’ll admit, used to make me squeamish. But inspired by a client of mine who’s getting married, I reached out to Andrea Vacca, a collaborative divorce lawyer in New York City, to understand them better.

Think about the State You Live In. It’s Important.

Andrea was quick to point out that she can only comment on law in New York State, as law is state-specific. Especially pertinent to prenups (which dictate the ownership of assets) is that New York is an “equitable distribution” state. According to an article on Huffington Post, by a New York attorney, which Andrea pointed me to:

Judges in equitable distribution states generally consider a number of different factors when they divide a couple’s assets. Typically, they consider the ability of each spouse to support him or herself after the divorce. In particular, if a spouse has forgone career opportunities to raise children, that spouse will often receive a greater share of assets.”

By contrast, California and Washington and a minority of other states are “community property” states.

“In these states, judges simply divide the couple’s joint assets in half. This makes for a quick and clean division of marital property. Judges do not attempt to divide assets fairly, so they do not consider the employment prospects, age or health of either party.

Of course, judges in community property states consider a party’s age and employment prospects when they award alimony and child support.”

Andrea, thankfully, was able to provide some general considerations around prenups that should help you start the conversation with your future spouse.

Big Money in the Tech Industry

At the risk of stating the obvious, women in tech have the potential to earn much more money than women have historically. And you also might get money through company stock, whether you work at an established public company like Amazon (and you regularly get Restricted Stock Units) or you work at a startup (and you get stock options which might one day turn into Serious Money).

As such, a lot of the women in tech earn significantly more money than their spouses. Many are in fact the only breadwinner and the spouse stays at home to take care of kids and the like. (I’d like to put a plug in for this arrangement, having transitioned to it 1.5 years ago.) I also know women in tech who are now paying their ex-husbands spousal support because he was the stay-at-home spouse. These situations would have seemed fantastical just 40 years ago, I bet.

So, what happens if you are the higher earner, or your startup blew up (in a good way) and you came into a bunch of money, or your spouse didn’t work outside the home…and your marriage ends?

The bad kind of prenup experience (the kind I was thinking of) happens when a single member of a couple decides unilaterally to draft the document, employs an attorney to do so, and then presents the second member of the couple with the document to sign. Talk about icky.

The good kind of prenup, according to Andrea, is a collaborative process. It is a conversation. She describes it as “conscious coupling.”

It struck me as very similar to counselling, or even financial planning. It’s mostly about dedicating the time, asking questions, and truly listening to the other person. Both partners participate equally, and the result is a document that reflects both people’s values and goals.

Andrea suggests that couples getting married answer questions like the following as part of a prenup discussion:

In response to my discomfort with prenups, Andrea very reasonably responded, “By having this conversation now, you don’t have to have it later.”

Sometimes a person doesn’t need a prenup, Andrea noted, if they simply want to protect their money. There are other ways to do that.

Buying a Home Together

Buying a home together particularly merits having a prenup conversation, according to Andrea. If you buy the property during your marriage, it’s marital property, and a prenup would make Very Clear how much you get out of the house if you divorce. What share of the gain in the house’s value would each person get? Is it an equal share? Or proportional to how much each of you put into the house? How about contributions for renovations? If only one of you owns it, how soon does the “non-titled” spouse (the one not on the deed) have to move out?

A Special Consideration for Women

Andrea noted one major difference between women and men when it comes to prenups and getting divorced: women tend to hate paying spousal support, whereas men aren’t as repelled by the thought. Something to think about, ladies, in a high-paying industry like tech.

While Andrea’s practice is shaped by the laws of New York State, her bottom line advice is good for anyone planning to get married:

Don’t be afraid to sit down for one meeting with an attorney, pay for a consultation, and discover what you need to think about and how you need to plan to get married.

If you’re interested in learning more, Andrea recommends a couple of resources:

Are you getting married? Do you want to work on uniting your financial lives? Reach out to me at  or schedule a free consultation.

Sign up for Flow’s Monthly Newsletter to stay on top of my blog posts (and the occasional video), and also receive my guide How to Start a New Job (and Impress Yourself and Everyone Else) for free!

Disclaimer: This article is provided for general information and illustration purposes only. Nothing contained in the material constitutes tax advice, a recommendation for purchase or sale of any security, or investment advisory services. I encourage you to consult a financial planner, accountant, and/or legal counsel for advice specific to your situation. Reproduction of this material is prohibited without written permission from Meg Bartelt, and all rights are reserved. Read the full Disclaimer. 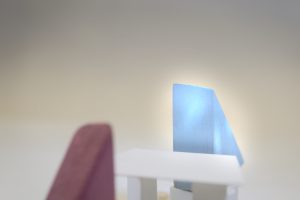 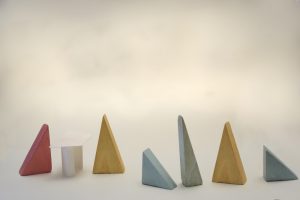 Conversations about Life with 15 Clients over 2 Days. 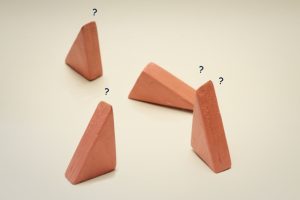 Have You Fallen Prey to These Common Misunderstandings in Personal Finance?